If your with someone you hate, ask to rip their nicotine and rip the device through the wrong end.

I don't vape, but before corona happened, whenever I was in the school bathroom and a kid I hated would walk in, I would ask him if he had nicotine, and I would rip the device through the wrong end. It doesn't work for some devices, but for a lot of them, ripping them through the wrong end will fuck up the device and leave them fiending for nicotine. The great part about it is that they won't notice until later, so they can't blame you.

Look through the trash after locker clean out. There's usually new or slightly used school supplies.

Use PowerPoints to draft ur essays 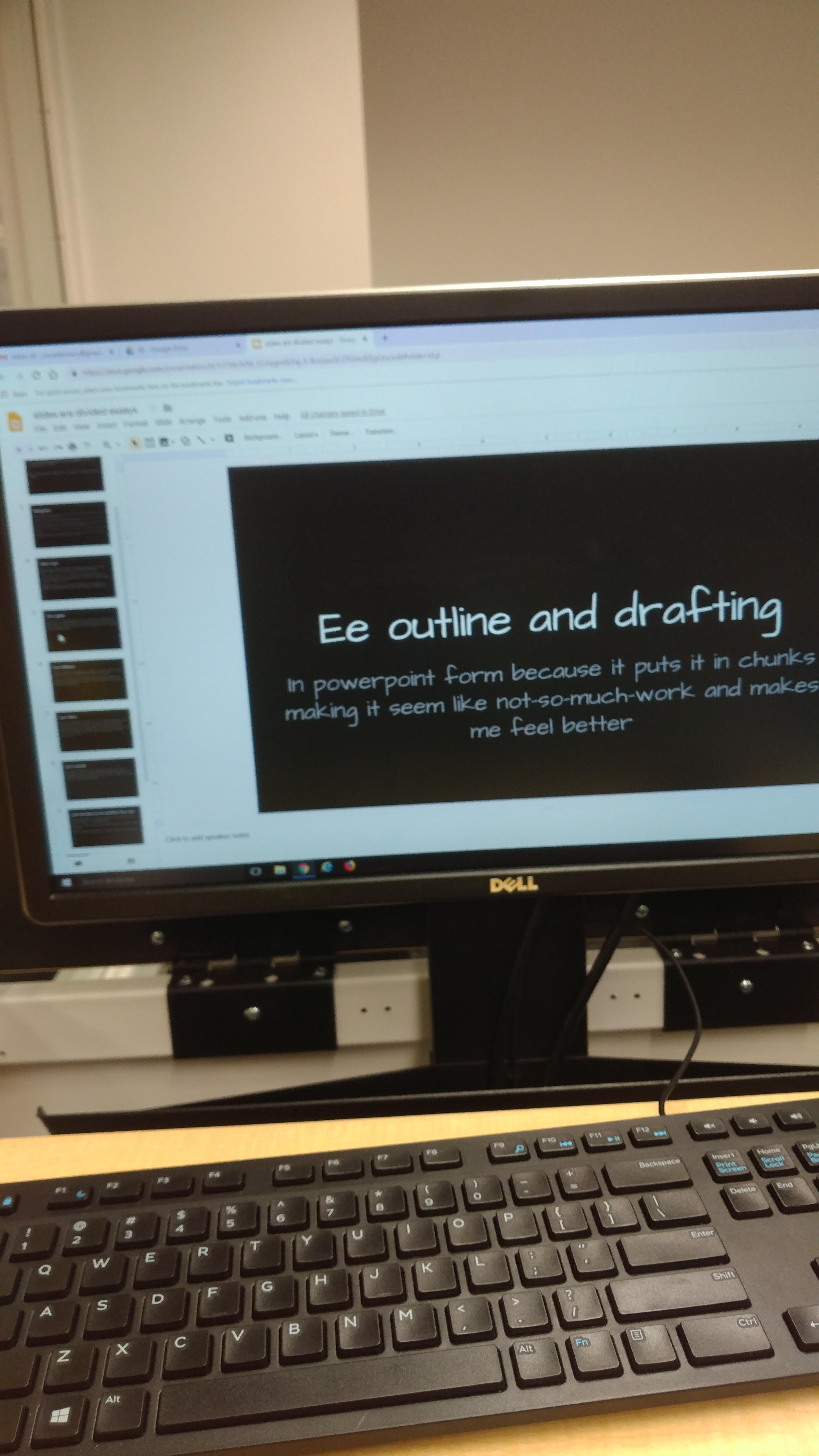 I would post cool pictures of the sunset out the window, but it’s Friday

I've been drinking insane amounts of alcohol, popping adderall like its fucking candy for the past week and shit and now I feel dead inside and at this point probably kidney failure ♂️

AP scores being released in different states is just based on your IP - You can get your scores earlier if you use a VPN or a site like earlyscores.com.

Https://apscore-pending.collegeboard.org/schedule.html is the schedule, so VPN to one of the states that have had it released. Good luck kiddos

I don't feel so good

Don't try to widen your urethra with a taffy puller

Especially when it comes to homecoming.I was planning on asking this girl to homecoming, but much to my dismay, pictures were posted on Facebook of her and her date that just asked her a half an hour ago.Now, chances are very, very high I won't be going to homecoming! Hurray...TL;DR: Don't pussyfoot around when it comes to important things!

How to get your parents to let you do things you want.

It's simple; Just do the stuff they ask! If you're asked to load or unload the dishwasher you do it! If you're asked to take out the trash you take out the damn trash! Complaining about things will only make your parents annoyed and therefore stricter. If you do little things for them that really only take two seconds they'll remember and be nicer. Say you're half an hour after your curfew but you did all your chores that day, they might let you off.Seriously I started doing this about 4 months ago and the changes are incredible!