Program that takes list of monster nums, reports what farmable monsters skillup those monsters and where those drop, and then can check if any of those are currently available.

Ranking up and "free" stamina AKA Ganesha cheatsheet

Make sure you log in today for a free Godfest REM pull in the mail!

You can use Revo Orochi x Anubis as a lead in December C10 and stall forever on Beyzul, as well as tank Dios's preempt. 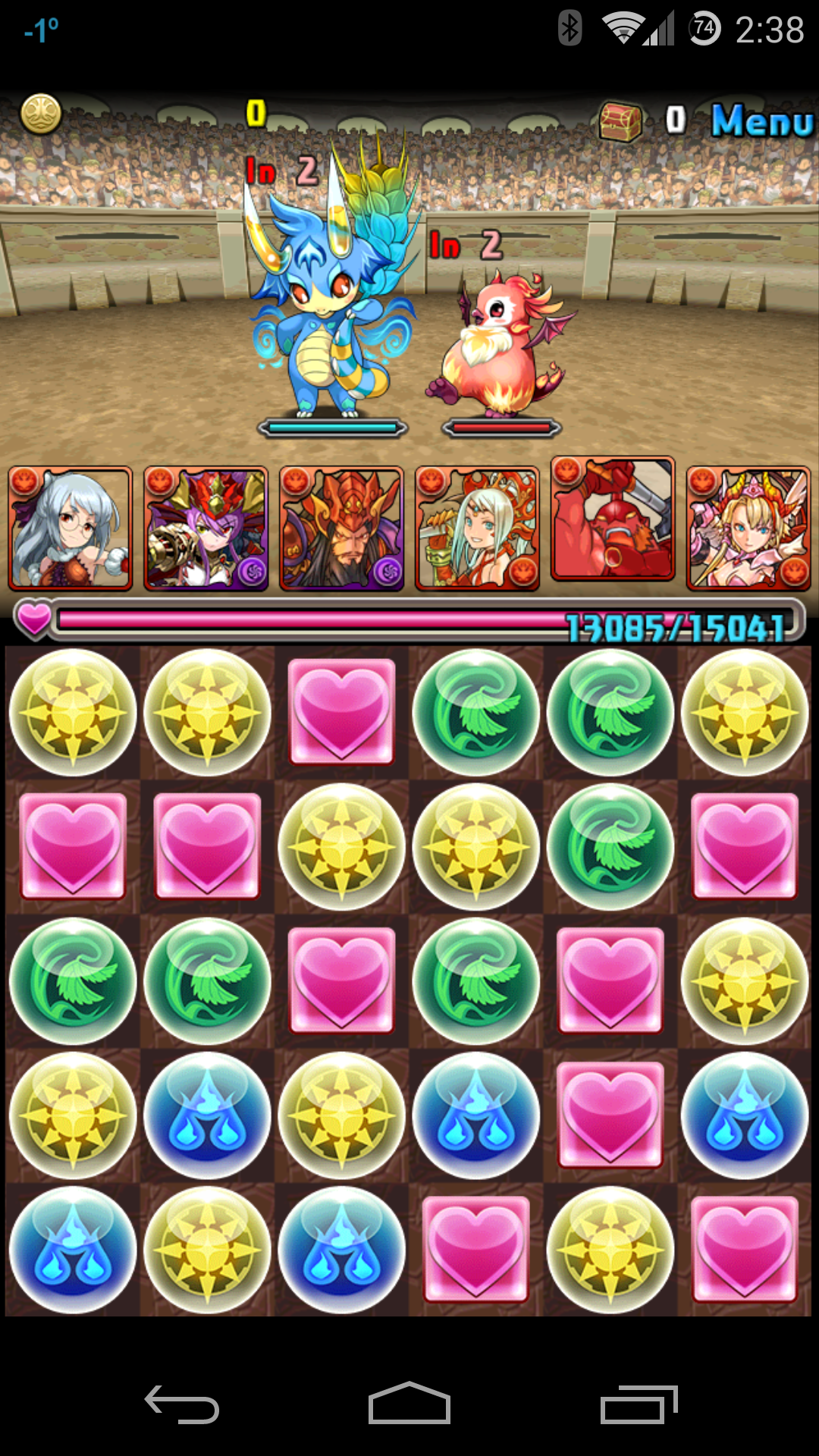 The Rushes rewarded through Quests are not 1 hour dungeons. They are permanent, coop-only dungeons that reward stones.

I didn't realize until today, so I figured I'd post in case anyone else missed this

Monster cost has a HUGE effect on leveling in the new challenge dungeons.

I realized this when I swapped in a Swallowtail to deal with the stupid piis in level 5. It only has 17 cost, and it got 70 levels after floor 1 and maxed out after floor 2.Even my 35 cost ABastet ended the dungeon with ~30 levels over AMeimei, who costs 40.If you have a monster that's almost as good for your team as another but costs 5 or even 10 less, you should strongly consider using them, since adding ~30 levels of stats is nothing to sneeze at. (Obviously going down to 17 cost [Swallowtail] is overkill because you max out too early and waste levels, but going from like 40->35 cost has definite benefits)EDIT: It seems that the big cutoff for leveling is somewhere between 35 and 40 cost. You can expect a 35 cost monster to gain about 30 more total levels than a 40 cost monster. But after 40 cost, the dropoff isn't as severe.