Don’t just read the sample code. Tinker with it!

Reading sample code is not enough to understand how it works. To develop a true understanding, you need to actually run the code and tinker with it. With the additions of comments and instructions, sample code is packaged to be by the reader; but in reality, it’s pretty difficult to replicate from scratch. Reading is not the same as understanding, and actually trying to write the code yourself, or at least running it, will facilitate the learning process much more.

Reach Out to Others for Guidance

Seeking help from professionals while learning a new skill is never looked down upon. As with many professions, a fellow programmer will likely not feel any hitch in sharing their knowledge with you. In most cases, they have been in the same position as you find yourself to be in now, and help will be forthcoming. You may need help with understanding where the bug in your program is or when getting stuck in a debugging effort. Like solving a Sudoku game or a crossword puzzle, the other person’s glance might go straight to the point, which might have escaped your attention all day long. Your co-programmers can be included in this exercise too. Don’t feel shy that they will make fun of you. They may be stuck with a similar issue one day and will feel comfortable coming to you for help.

Now, this is something you can’t do with C or C++. If you are an open-source guy, you would surely use Linux as the main Operating OS, or at least a Dual Boot. So, Linux already includes python. And python is extremely compatible with Linux. This gives us the benefit of compiling and merging them together. You can simply create a script that can work as a normal Unix script as well as an interpreted Python code at the same time. When writing a shell script, you need a four quote character and an empty string to the shell, but you need to do that with a triple-quoted string with a quote character in python. Remember that the first string in a script can be easily stored as a doc string for a module, but after that, the python interpreter will simply ignore it. An example is as follows: #!/bin/sh doc = """ Demonstrate how to mix Python + shell script. """ import sys print "Hello World!" print "This is Python", sys.version print "This is my argument vector:", sys.argv print "This is my doc string:", doc sys.exit (0)

Even the best system will sooner or later experience some kind of error. What will your heating system do if a temperature sensor fails? What will happen if a counter on a controller input overflows? Anticipate such issues in advance during the planning phase, from simple component failure to a serious functionality error caused by unauthorized access, and then create hypothetical scenarios for solving such problems. With these scenarios, you can then easily implement fail-safes, fall-backs or emergency modes. For example, if a temperature sensor fails in a heating system, you can program the controller to automatically maintain a pre-defined temperature. You can also use these scenarios to prevent human errors by limiting the access of external users to critical system functions.

Take Breaks to Get Refreshed

You’ve probably come across friends in the same profession burning the midnight oil, yet not arriving at the solution to a bug detected and reported by a client or testing team. These are commonplace occurrences in the industry. But you might have heard of instances where the coder takes a break, plays a game, or even takes a nap, and then, back at the monitor, the solution pops up like a flash. Taking advantage of the benefits of taking breaks will make you better at learning programming. 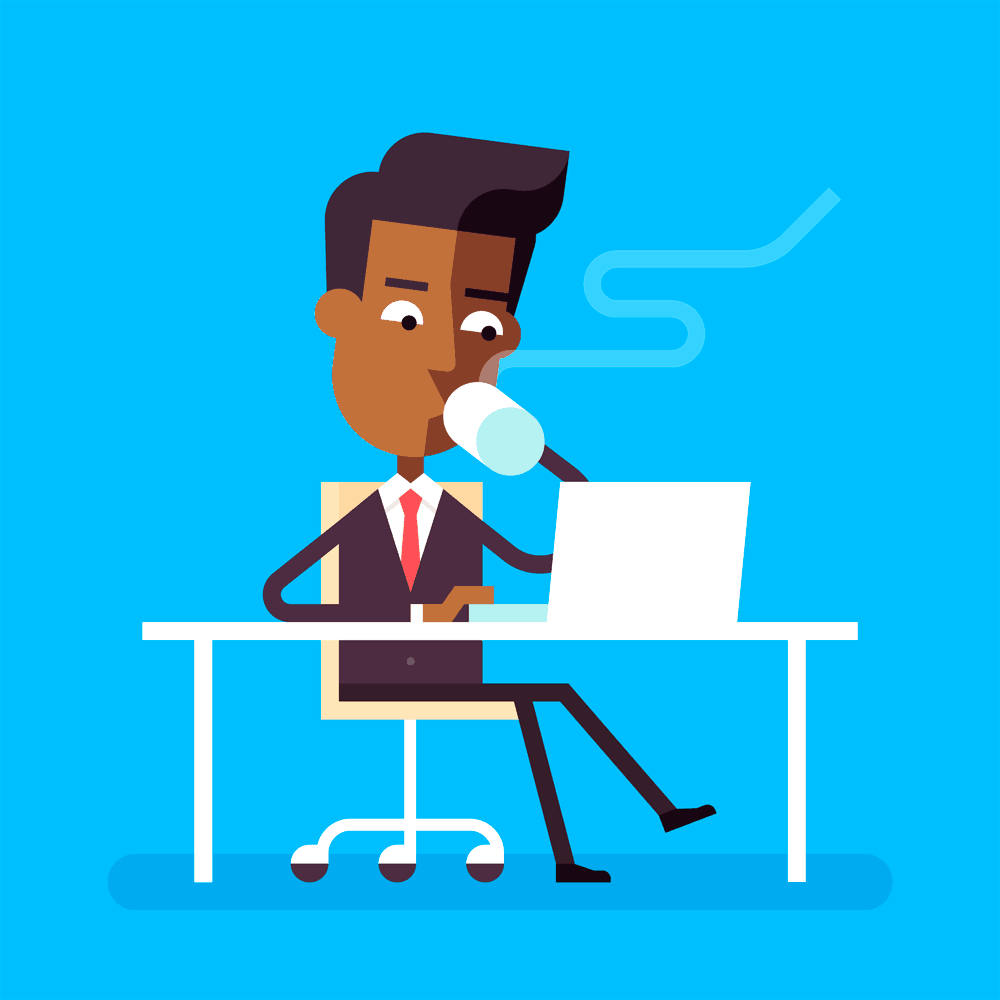 You must be wondering why you should be coding by hand. It is time-consuming; you can’t check if your code is right midway, and the application of coding is only possible on a computer. So why should you code by hand? Well, the reason is the interview. In interviews, the candidate is often asked to write a code on paper or a whiteboard. Also, for school or college exams, you need to show your coding skills on paper. Coding using pen and paper will make you a more sound developer as you will be more cautious about writing since you can’t check your progress midway. Such old school programming tips and tricks will increase your proficiency and will help you program faster and easier.

When debugging, it’s easy to go down the rabbit hole for hours, and there’s no guarantee that you will fix the problem. To avoid this, it’s best to step away from the for a few hours, and return with a fresh perspective. Not only is this a guaranteed way to help solve the problem, but you’ll also save yourself hours of headache. So if help isn’t available – to touch on our previous tip about seeking advice – consider taking a break to clear your mind and return later. In the meantime, the bug won’t be going anywhere, and you’ll at least restore some needed sanity to improve productivity.

This, again, is not rocket science. When learning any subject in a traditional classroom, we sometimes stumble upon difficulties grasping the materials teachers teach us. And that’s when we seek other resources to get a better understanding of the subjects. Learning programming in a classroom environment or through an online tutorial is no different in this matter. Browse online resources and programming guides, and use search engines to gather insights to help you understand the subject clearly. You should have the time and the patience to dig out the information needed.

Test and check your code

In any phase of the project, it is a good practice to regularly check variable values, function blocks or code segments. By doing that you can prevent any potential errors when starting the system, such as lighting switches not working due to a faulty variable setting, or a failure to switch heating due to a mistake in one of the function blocks. For the purpose of debugging, the Mervis IDE features a dedicated Debugging Mode; in this mode, all variable values are displayed in the IDE without the need of checking them individually, allowing you to quickly look for typos, wrong values or other types of mistakes. The system will also automatically highlight function blocks with incorrect configuration, preventing the system from working as intended. Last but not least, the debugging mode will allow you to display a graph of variable value changes over time. Mervis IDE with the Debugging Mode enabled, displaying both variable values and variable value change graph. 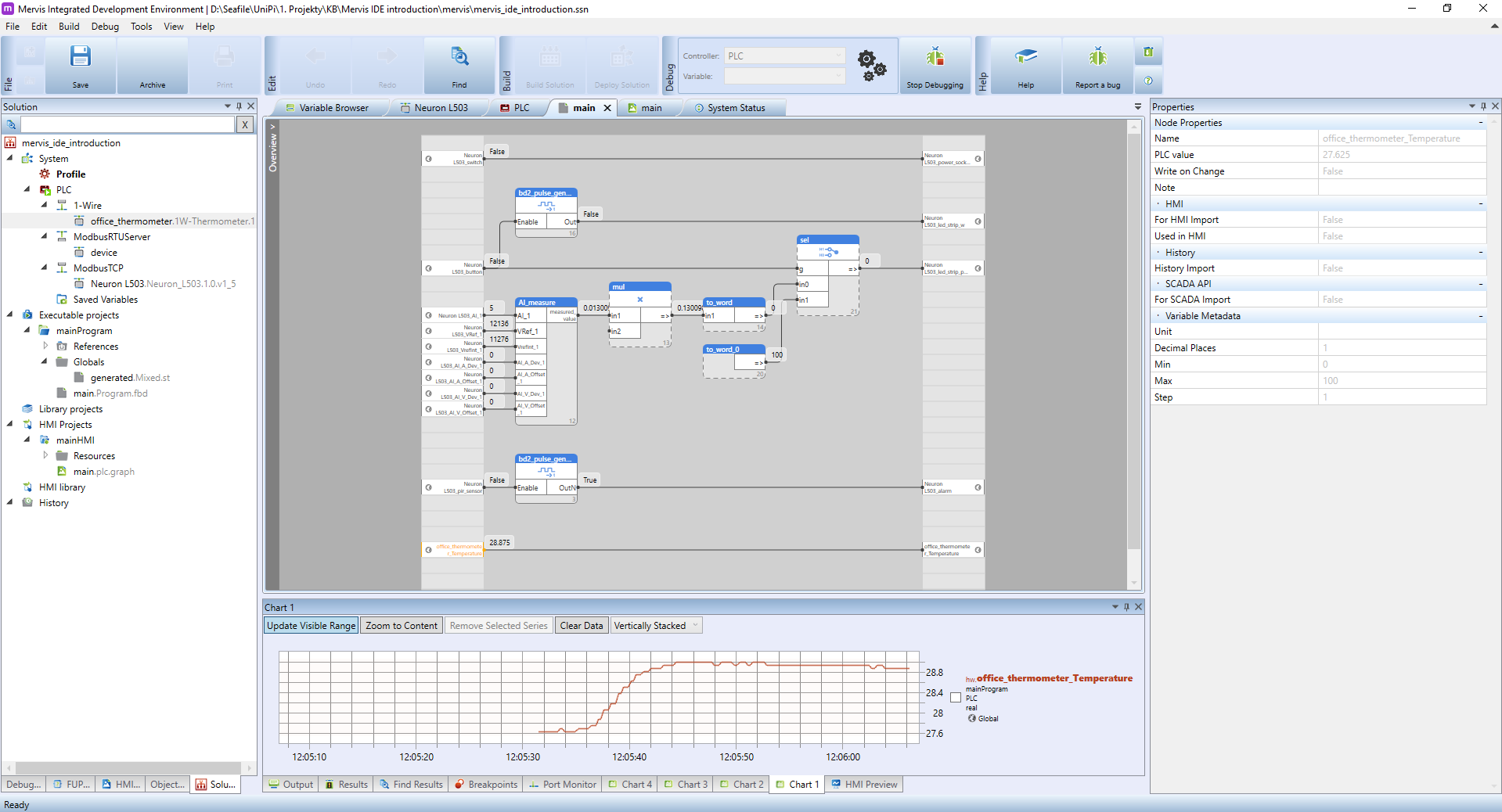 Discuss and ask for help

One great way to learn a new programming language faster is to get involved in discussions. Discussion helps us to recall and retain our learning; also, through discussion, you will get new information from your peers that you might not be aware of. This makes the learning process interesting and fun. Similarly, asking questions and seeking feedback is a great way to learn to program. Coders are also always excited to teach amateurs and help them learn. This is a great way to identify your mistakes and understand a concept from different perspectives.