If the enemy team has a Zen and keeps ruining your Zaryas ults, get an Ana.

As soon as your Zarya ultimates and everyone's captured, throw your biotic grenade down range. Watch as their team gets wrecked even though transcendence is up. I'm astounded at how little I see this.

Pretend the enemy team is your Lucio and/or Mercy.

If you dodge them half as well as you dodge your healer, you won't need healing!I kid, but in all seriousness, I had a match last night where I was playing Lucio, and my team kept scattering in front of me like cockroaches running from the light. I finally gave up on even trying to heal and went DPS.I know people rage about healers/support switching classes, but if you're not going to take advantage of having me in the support role, I'm going to switch to something that will at least enable me to be somewhat effective.

Pay Attention to the Audio

VideoVideo related to ‘overwatch’: top 10 tips and tricks you need to know2016-06-08T14:42:15-04:00 You might be used to playing online shooters while listening to music, chatting with friends, or otherwise ignoring the audio, but paying close attention to Overwatch‘s sound can sometimes be the difference between winning and losing a match. Blizzard put a tremendous amount of work into the sound design of this game, and every character has his or her own unique-sounding footsteps. The footsteps of those on the enemy team are also a good deal louder than those on your side, so if you’ve got the audio turned up and know what to listen for, you can always know exactly who is nearby at any given moment. The sound design is helpful in more ways than just the footsteps, though. The line a hero utters after releasing their ultimate is different depending on what team they’re on. So you may be tuning out what the characters are shouting as mere background noise, but if you get to know all the pieces of dialogue, you can react to what’s happening around you considerably faster.

Turn The Kill Feed On

VideoVideo related to ‘overwatch’: top 10 tips and tricks you need to know2016-06-08T14:42:15-04:00 Overwatch is full of incredibly useful settings that might help you out in matches but that are for whatever reason disabled by default. One example is the kill feed, that little feature in most first person shooters that notifies you whenever anyone is killed. This is probably turned off in hopes of encouraging players not to focus on the game as a mere deathmatch; after all, too many newcomers harp on simply running around aimlessly and killing without caring much for the objective at hand. The kill feed might arguably make it appear that scoring deaths is the most important part of the game. That being said, it still helps to have it on in that it gives you crucial information about the current state of the match and when you might want to rush in or hold back. This is especially useful if you have a team that does not communicate very well. The fact that the latest kill is displayed at the top of the feed rather than at the bottom is a bit distracting, though, so be prepared for that.

Adjust the Settings for Individual Characters

VideoVideo related to ‘overwatch’: top 10 tips and tricks you need to know2016-06-08T14:42:15-04:00 The kill feed being off is not the only example of Blizzard hiding useful features in the menus and making them opt-in. You can customize the way every character behaves by playing around with their settings, so especially for heroes that you find yourself using often, it’s worth messing about in the menus and changing things up. Simply go to Options & Controls, pick a hero, and check out all the different choices in front of you. The embedded video from YouTuber Ms 5000 Watts outlines some good ones. For instance, for both Genji and Hanzo, a setting can be enabled so that you automatically climb walls without having to press any extra buttons. In the controls menu, all you have to do is turn on “automatically climb walls.” Reinhardt also has a nifty feature so that you can simply press once to enable the shield and press again to lower it. For that setting, all you’ve got to do is turn on “toggle barrier.”

Get to Know Your Counters

One of the most important skills you’ll want to get down right away is the ability to know what heroes to counter with. If you’re struggling against someone like Bastion, for instance, who’s mowing down your whole team while in sentry mode, switch to a counter like Genji or Junkrat. Get to know your counters and you’ll be good to go once you start getting overwhelmed during your next match. PC Gamer put together an helpful list of them, which we’ve assembled into a table below: Going off of the point about counters, you’ll want to be comfortable switching heroes all throughout a match. You can do so any time you’re in the spawn room, so get in the habit of constantly changing things up when things aren’t going well. Far too often will players complain about the current state of the game without seeming to realize switching to another character is all they need. Struggling against a Widowmaker? Switch to a Genji to counter. Does your team need a healer? Become a healer yourself! Does your team consist of six of the same character? It’s probably a good idea to switch that up. Remember: the only downside of switching heroes is that you lose whatever ultimate you had built up. Otherwise, there’s no reason not to. Head to the 2nd page to get the rest of these essential Overwatch tips. 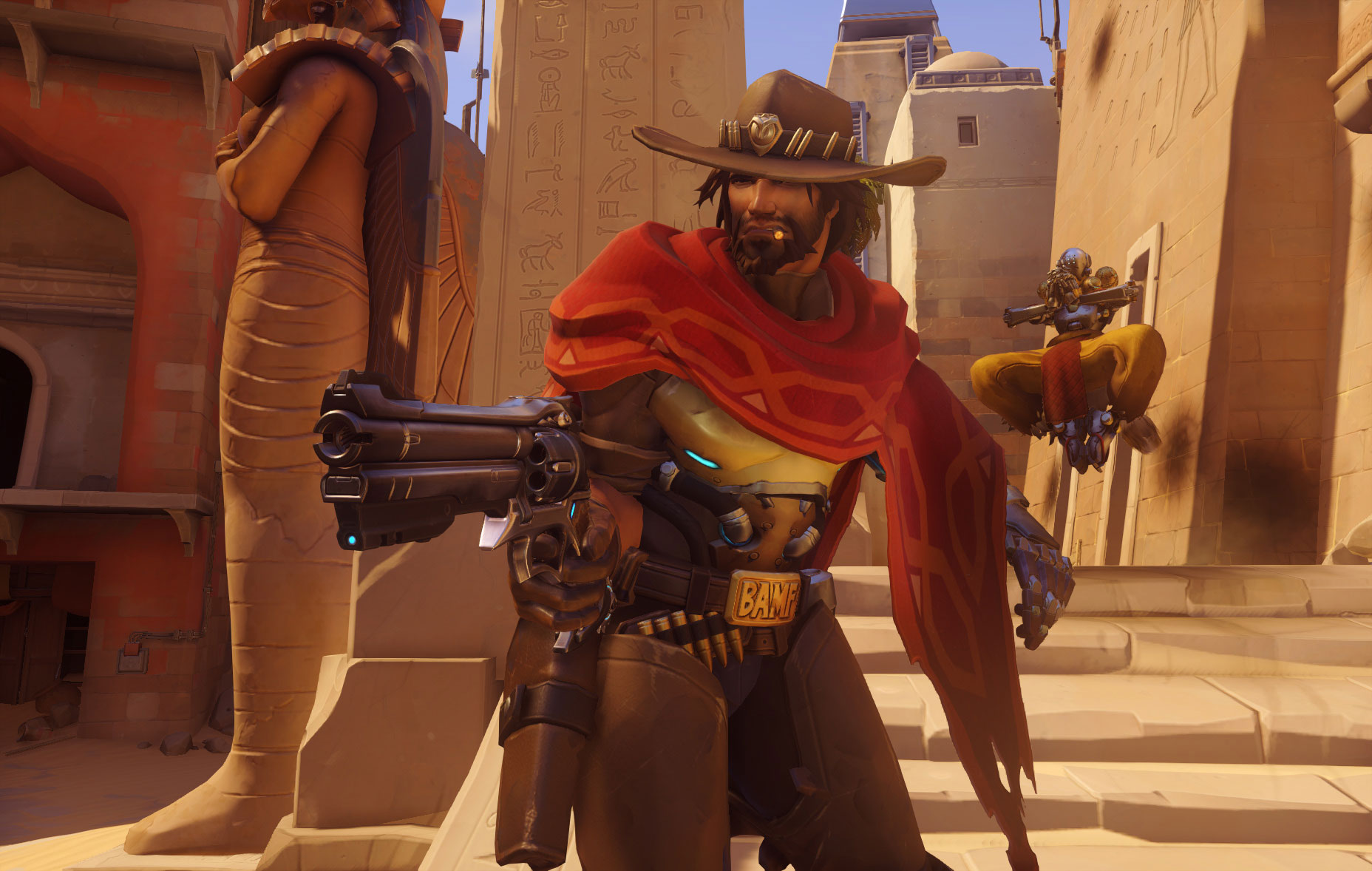 VideoVideo related to ‘overwatch’: top 10 tips and tricks you need to know2016-06-08T14:42:15-04:00 Once you’ve got your ultimate ability fully charged, you don’t want to just use it immediately. Instead, get in the habit of communicating with your teammates so that two or three players can unleash ultimates at once. By yourself, an ultimate might do some damage, but a few being set off within seconds can completely devastate the other side. Some ultimates, as with Zarya, particularly rely on teamwork. If the rest of your team isn’t communicating very well, don’t worry; you can still tell when the other players have ultimates fully charged. That checkmark next to each player’s name indicates who has an ultimate ready to go, so next time you’re ready to use yours, it might be a wise idea to assess your team and plan a more strategic attack.

VideoVideo related to ‘overwatch’: top 10 tips and tricks you need to know2016-06-08T14:42:15-04:00 Tracer’s Blink ability allows the player to quickly traverse the map and evade enemy fire, but it’s even more useful than that: each map has specific pathways and shortcuts that are basically only accessible using this feature, and memorizing them will help you get around incredibly efficiently. The embedded video from “Learn Overwatch” outlines the pathways you should know. There are only a few, so memorize these shortcuts and then the next time you play as Tracer you’ll be more unstoppable than ever. The same hidden passageways are also useful for those playing as Genji using the passive double jump.

When playing as Junkrat, consider placing one of your traps on a health kit the enemy might go after. If the enemy inadvertently tries to grab it, they’ll be trapped, and if they destroy your trap, the health kit is automatically used up. Either the other player will be trapped or they’ll be without a health kit, so you’ve trolled them pretty hard no matter what. This same trick also applies to Torbjorn’s turrets, which can be placed on top of health kits in order to have the same effect.