Keep track of where you are.

Your cell phone can be a lifesaver in an emergency. You can dial 911 for help anywhere you’ve got service, but dispatch will want to know where you are. Keep track of route numbers, interstate exits, towns you’ve passed, road signs, mileposts—anything that can save emergency officials time in getting to you. For more advice on what to do if you come across someone who’s been in an accident, check out 8 Tips that Could Save a Rider After a Motorcycle Accident. 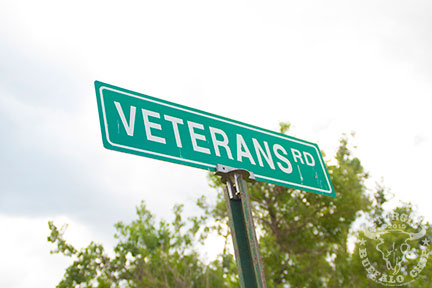 Plan for a day of nothing.

On a long tour, plan for at least one day per week of doing nothing. Time is the ultimate luxury; it can mean the difference between a vacation and an endurance run.

When taking a Ferrie bring your own ratchet straps. twine sucks

Be realistic with your daily mileage.

In really scenic areas, 150 miles may make a very full day. Don’t assume you can achieve freeway mileage on good back roads. You can plan out your route and find amazing places to stop by using the Buffalo Chip’s Rider Friendly Map. 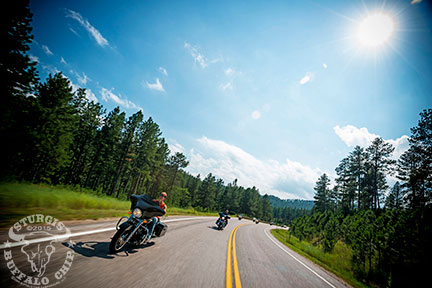 Invest in a packable motorcycle cover.

These covers not only keep your bike clean and dry overnight, they also discourages thieves.

Call ahead for your room.

If you call a hotel--even if you're only two blocks away--you can often get a better rate than if you just walk in. And if you have access to a computer or connected mobile device, you’ll often come across some spectacular Internet-only deals. Either way, do yourself a favor and have a reservation by 4 p.m. You never know when a convention will take over your destination city. For a list of rider friendly accommodations in the area where you’re traveling, be sure to check out the Rider Friendly Map.

Avoid riding into the sun.

If you’re traveling east or west, schedule breakfast and dinner times near sunrise or sunset so you don’t get stuck staring into the blinding sun when it’s low on the horizon. To learn more ways to get the most out of your next road trip, check out the American Motorcyclist Association’s 33 Secrets for Smart Touring. 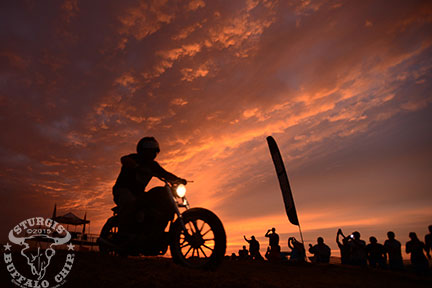 Look Down the Road

It’s probably been a while since you first started driving a car, right? Even so, do you remember how scary big turns used to look when you were behind the wheel? Maybe you panicked and wondered if you could really make that turn or maybe you almost overadjusted. If you had a good driving teacher, hopefully, they told you to relax and just look down the road. The same is true when you’re driving a motorcycle. Except those turns can look even scarier since you’re that much closer to the road. Some people think they need to lean into the turn (don’t do that!), which is a mistake. But the truth is, it’s just like driving a car. Look down the road and drive for what’s ahead. It’ll keep you from over adjusting and it makes the whole experience less overwhelming.

When we drive a car, it’s easy to just hit a pothole and go “oops”, thinking of the tire alignment. But hit the wrong pothole on a motorcycle and you’re both going flying. That’s why you not only have to look down the road, but you need to look AT the road as well. Once you get experienced at looking down the road for turns and navigation, you’ll start noticing road issues as well. Do you see any big shadows on the road? Anything other cars are avoiding? If you get a stick in your wheel spokes, you’re not going to recover from that. Instead of a funny YouTube video, you’ll be looking at a coroners report. All that to say, avoid road debris and potholes like they’re fatal – which they very well could be.

It’s nice when you see a car with a bumper sticker that says “look twice, save a life” but even the people in those cars get into driving patterns. Ever been driving a car and realized you’re at work and you don’t remember anything about your commute? That’s called passive driving and it happens all the time. Passive driving doesn’t translate so well for motorcyclists. In fact, you’ll never find a motorcyclist who doesn’t remember their commute. That’s because riding a bike is an active thing. You can’t space out. You have to be in the moment the entire time, paying attention to the other cars and the road. Speaking of the other cars, you need to drive defensively. Drive like they can’t see you. Never pass through moving traffic in the middle and be extra careful coming around turns. This is where motorcycle driving and skiing have a weird connection. On the slopes, if you’re going to “drop in”, as in, come off one trail onto another, you need to look uphill. In a perfect world, it would be up to the other skiers to see you and reroute themselves. In this world, that’s not how it works. When you’re turning onto a road or even switching lanes, you need to look uphill and down. Remember “look both ways” from when you were little? Same idea. You never know when a car that looks stable could all of a sudden switch lanes and swipe you with it.