You can add your signature to documents using Preview. Setup is easy: write your signature using the Trackpad, or hold up a signed piece of paper to the camera. 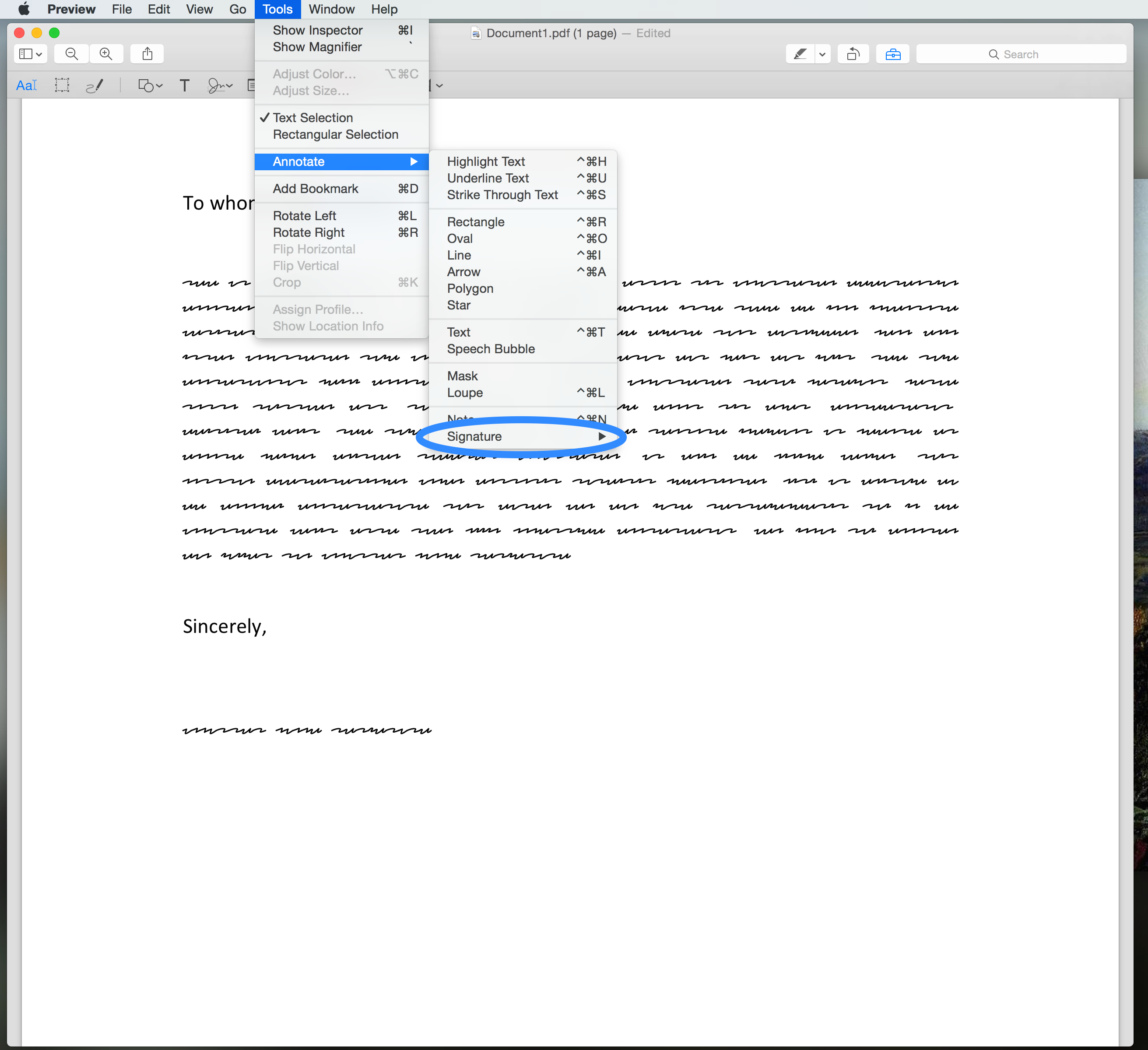 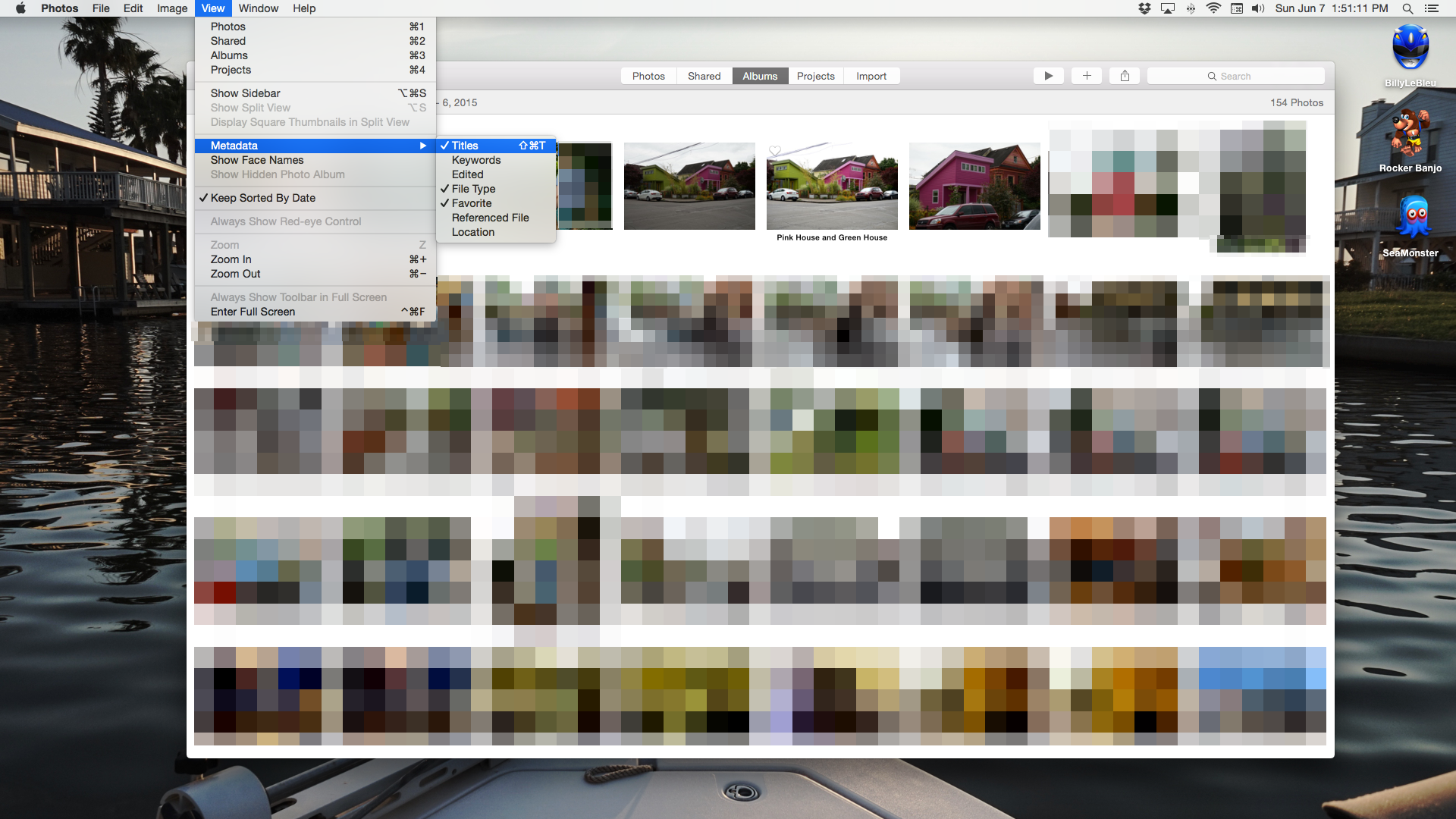 For anybody else that likes to start a new character with every big update (or just new players, I guess), take a look at making some Molotov Cocktails (30 Ale, 1 Silk and 1 Torch make 30 cocktails). They deal 40+ damage and spray fire all over the place, with a thrown range similar to the grenades... but they don't bounce, and explode on impact with any surface. That means that you can just hit somewhere near your target to damage them. But most importantly, they don't hurt you if you're caught in their area when you throw. They're great for early boss killing with the fire damage and explosive power, and they chew right through the Eater of Worlds in seconds (seriously, it's hilarious how fast they kill him). They're also very handy for dealing with the Brain's swarm in its first form.

YSK: When looking at a picture in quick look, pressing ⌥ zooms it to 100%

Some shortcuts and tips to improve Mac OS experience.

NEED:***- Microfiber cloth (like this for example).***HOW:***1) Inspect the screen for dust. Try and blow gently in a first attempt to remove any dust.2) Remove the remaining dust by wiping the clean cloth sideways over the screen without that much pressure. Simultaneously, blow the dust away.3) If you encounter any grease spots (fingerprints, or whatever), make a tip of the cloth wet with water and wipe over the spot. Then dry it off with a dry part of the cloth and make sure to not leave any water marks.4) If you have a Macbook with retina screen, inspect the keyboard for any stuff that might make the screen dirty (when the MacBook is closed).5) You now have a clean screen. And come on, what is better than a retina screen that is spotless? :D I recommend to do this on a weekly basis.

In macOS Big Sur, the notifications are grouped by the app and can be interacted with. For instance, you can play a podcast episode or reply to a message without opening the app. However, if you are getting way too many notifications from a particular macOS app, you can manage them right from the Notification Center. To control what notifications you want: 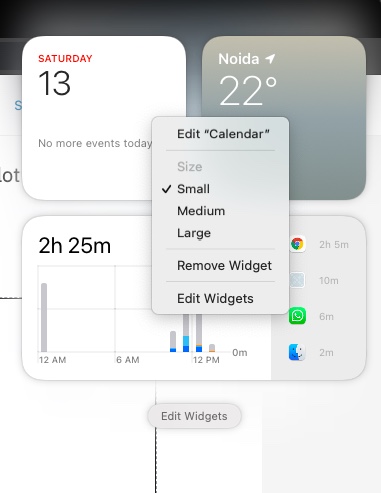 Not many people know that you can add more controls to the macOS Big Sur 11 Control panel for quick access. You can add the Accessibility Shortcuts option, Battery option, and Fast User switching option. Here’s how to do this: 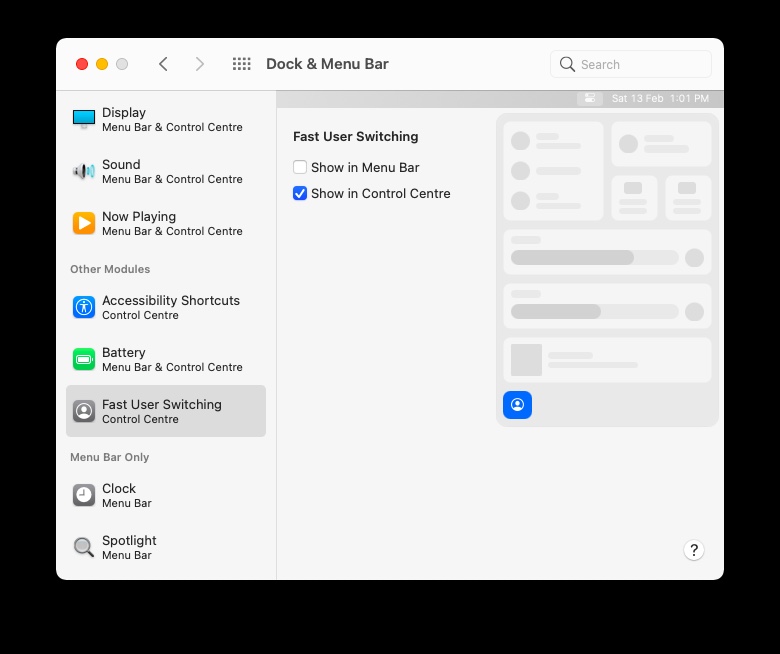 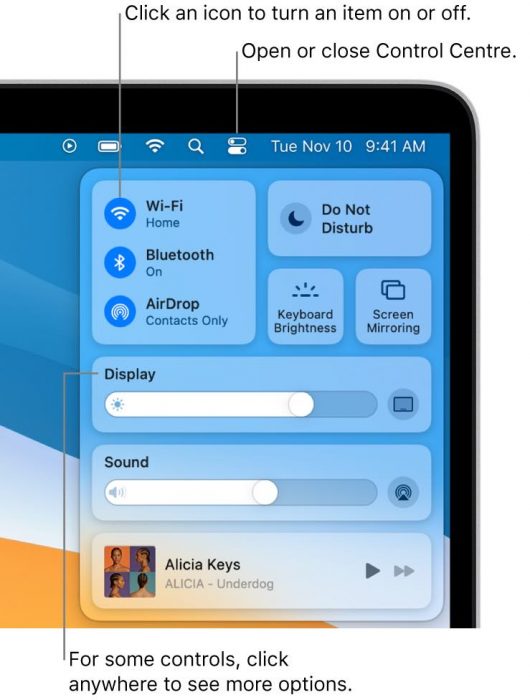