After upgrading to macOS Big Sur on a MacBook, you will immediately notice the lack of a percentage reading within the Battery icon on the menu bar. If you want to bring it back, start by head over to System Preferences. Then, click Dock & Menu Bar > Battery. Check the box next to Show Percentage. 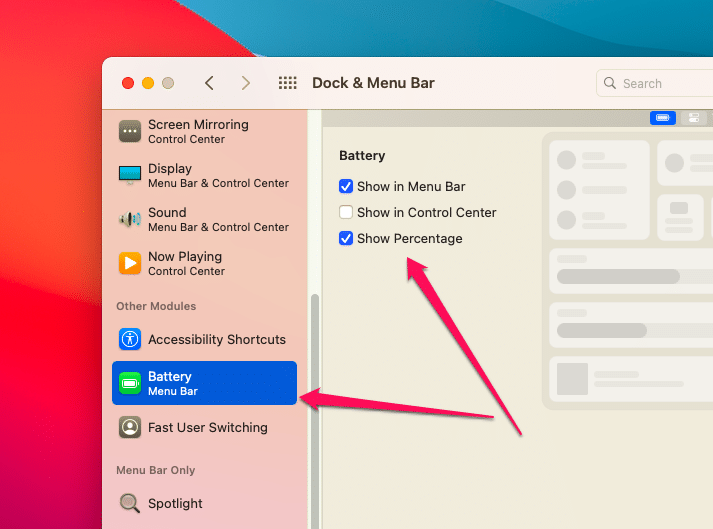 With the release of macOS Sierra (back in 2016), Apple ditched the ‘time remaining’ readout for MacBook batteries. Thankfully, it’s back in macOS Big Sur. Just click the Battery icon on the menu bar to check an estimate of remaining battery usage time on your MacBook.

macOS Big Sur also comes with detailed usage stats for your MacBook’s battery. Head over to System Preferences > Battery to check Battery Level and Screen On Usage for the past 24 hours and 10 days. If you use an iPhone or an iPad, you should find this screen (Settings > Battery) rather familiar. However, you will not find battery usage stats by app on the Mac. Hopefully, that will get added in the future. 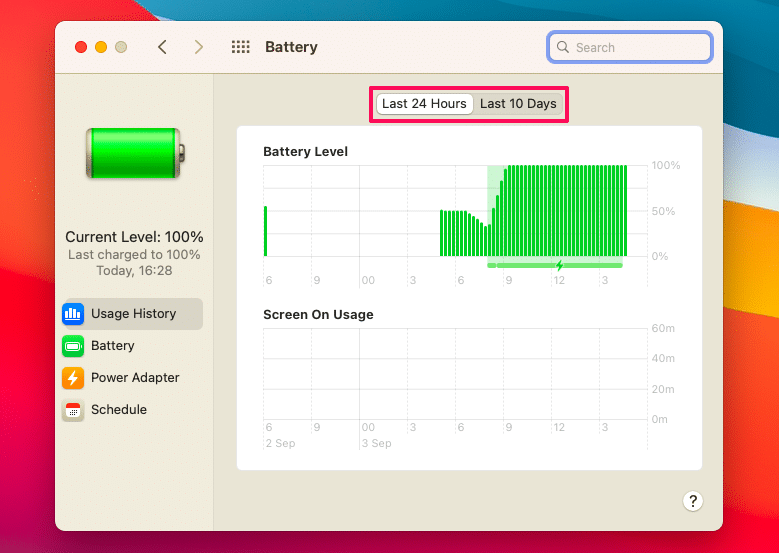 macOS Big Sur lets app developers implement their own unique accent colors. This is accompanied by a new accent color setting called ‘multicolor.’ Head over to System Preferences > General and click the left-most Accent color radio button to switch to multicolor. Once you’ve done that, apps will display different accent colors as envisioned by the developers. 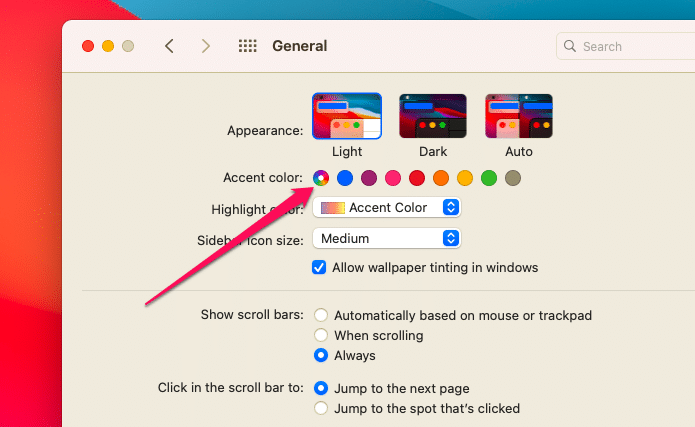 If you hated how apps used to ‘blend’ into the background wallpaper (especially when using dark mode), then you’d be happy to hear that macOS Big Sur lets you put a stop to that. Head over to System Preferences > General > and uncheck the Allow wallpaper tinting in windows option. 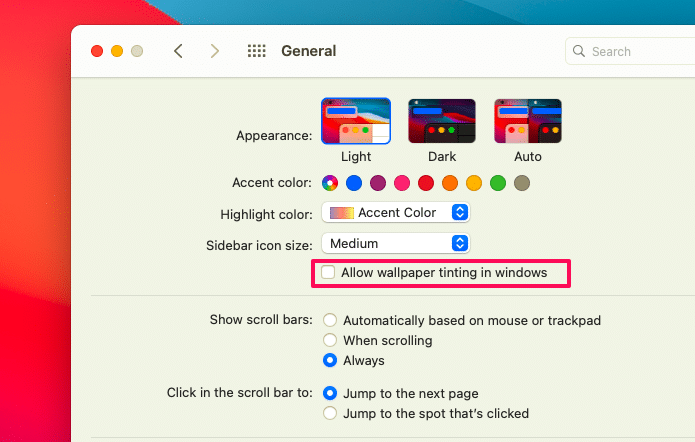 In macOS Big Sur, you will notice major improvements to Safari. Not only does it run considerably faster (50% speedier than Chrome according to Apple), but it’s also sports a modernized UI, support for the WebExtensions API (which lets developers port extensions from other browsers), and cool new features such as tab previews. Even better, new tab pages are customizable. Click the Customize icon (it looks like a stack of sliders to the lower-right corner of the screen), and you can quickly go about enabling or disabling new tab sections such as Favorites, Frequently Visited, Privacy Report, and so on. Incredibly, you can also add backgrounds to new tabs — either pick from the set of built-in backgrounds or add your own images. Major kudos to Apple for letting us add a touch of personality to Safari. 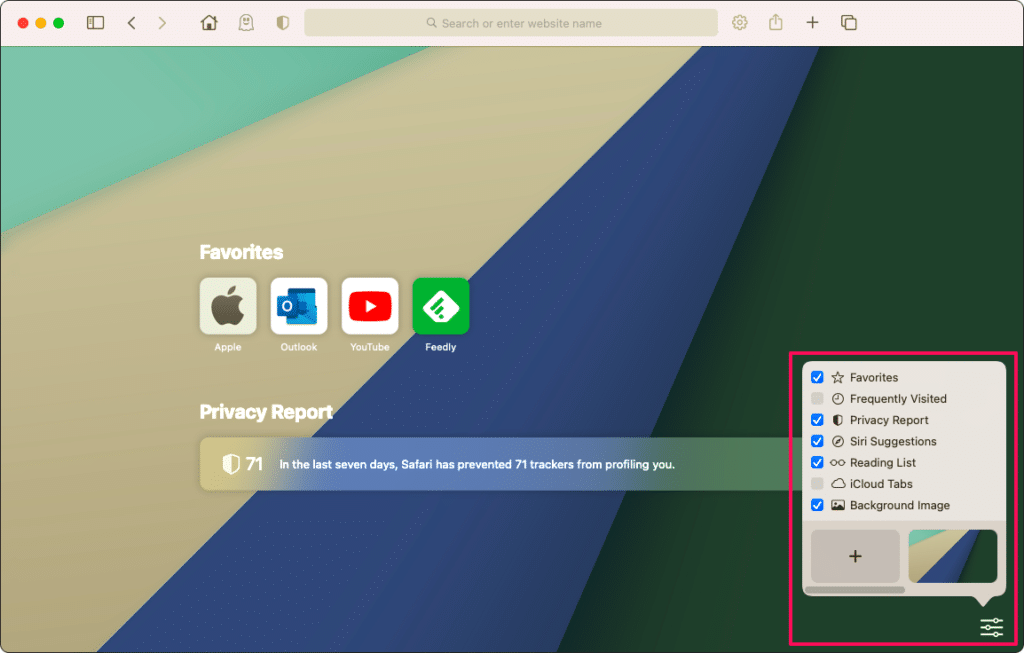 Safari comes with the native ability to translate websites from a number of popular languages to English. Whenever you are on a foregin website, simply click the Translate icon within the address bar to convert the page. You can also translate websites on the iOS 14 and iPadOS 14 versions of Safari.

Safari in macOS Big Sur not only prevents site trackers from keeping tabs on you by default, but you also get to view blocked trackers in real time. While browsing any website, simply click the Privacy icon to the left-side of the address to bring up a fly-out with a list of blocked trackers. Additionally, you can bring up a comprehensive privacy report for the past 30 days by clicking anywhere within the Privacy Report section on any new tab. If you can’t see it, use the Customize menu to enable it. 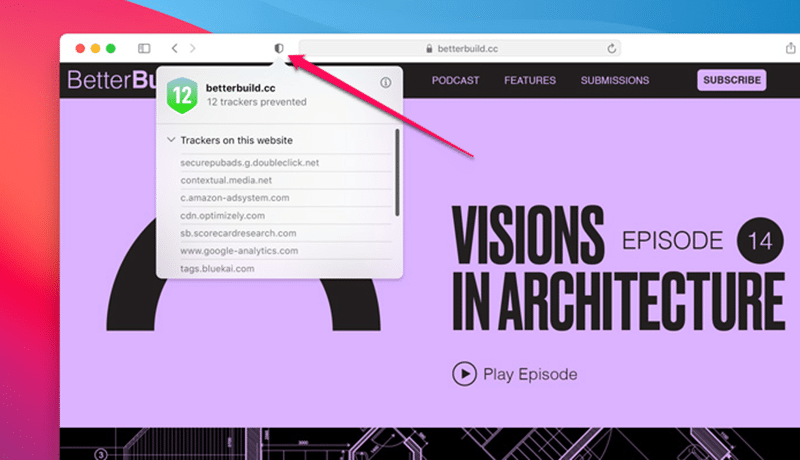 Apple now supports the VP9 codec, which means that you get to view YouTube in 4K in Safari. So, if you’ve been using Chrome (or some other browser) for that before, it’s time to finally switch back to Safari full-time. After loading a 4K video in YouTube, simply access the Quality menu and pick the 2160p or 2160p60 option to switch to streaming in 4K.

The Messages app in macOS Big Sur is vastly improved, with functionality similar to its counterpart on the iPhone and iPad. Which means that finally, you get to use memojis, GIFs, and message effects while iMessaging with others. Click the App Store icon next to the text field to get started. 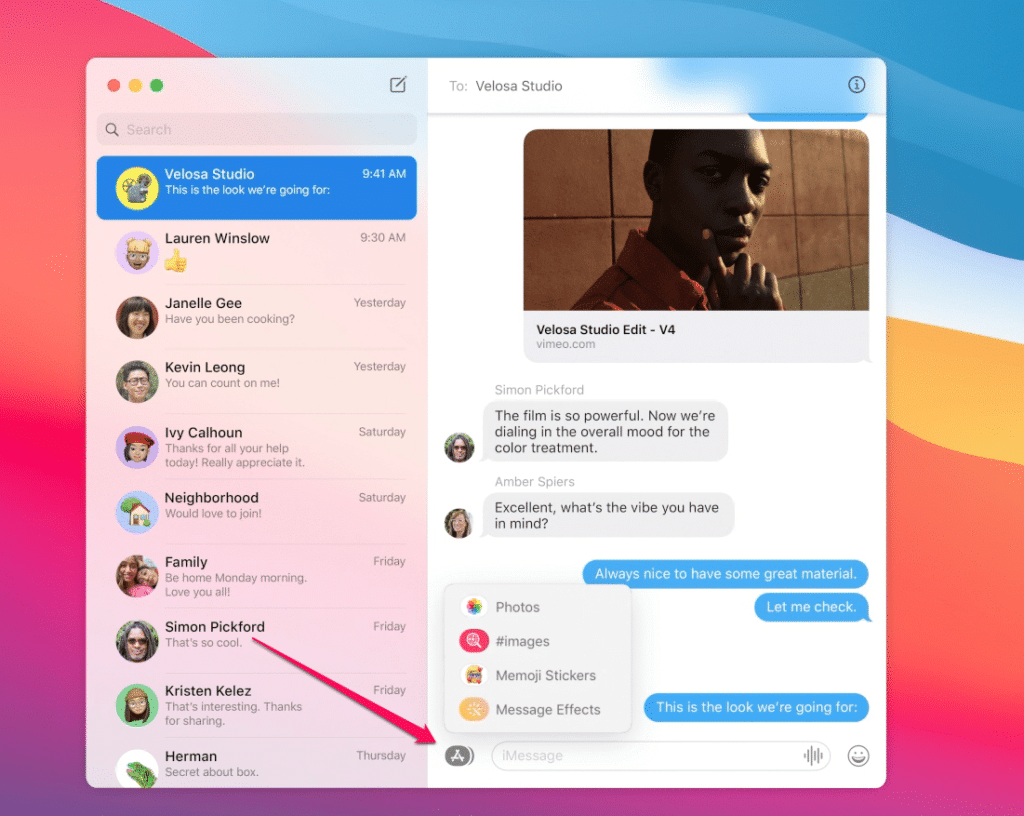