If you’re a beginner, it is best not to overestimate your abilities. Make sure you go for waters that are known for being well-populated by carp. This will not only give you more practice but also allow you to try out any new tips and tricks that you’ve recently learnt. Commercial fishing spots are usually great places to begin your fishing hobby. This tip is also beneficial for you because other, more experienced anglers can take you under their wing and give you some pointers on how to catch some good carp in those particular waters.

If this is something you didn’t already know, allow us to enlighten you: You will catch your best carp in the warmer months. But why is that? Well, fish tend to feed more in the summer because their metabolisms pick up the pace because of the heat. If you’d like to know more about the perfect seasons for carp fishing, read our blog post covering everything there is to know about carp fishing and the weather. 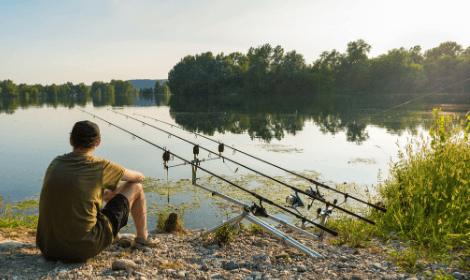 Pick Up On Visual Indicators

You need to pay attention to visual indicators to find the best and most productive areas to fish. So, what are these visual cues, and how can you look for them? 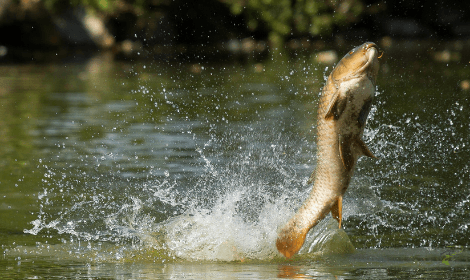 The most significant problem that most newbie anglers have with carp fishing is finding the fish. They are often hard to find because carp in most angler hotspots tend to choose cover over being exposed. In that case, a clever trick is to cast your line into the water directly below the shade from a tree or bush. This trick is an excellent idea because any fruit or seeds from the tree that falls into the water serves as food for the carp, making them frequent visitors there.

Now, this may seem like a strange tip to you. Why would you fish in the weeds? The thing is, the carp in fishing hotspots know where the anglers often throw in their lines and become accustomed to avoiding rigs and baits. To avoid being caught, they gather in places that are undisturbed that anglers are likely to avoid. Carp feel safer and more secure in the cover of feeds and are more likely to feed. It could also be that inexperienced anglers avoid fishing in areas where there are too many weeds. This fact could also lead to an increase in the carp population there. So, if you can, always try to go to areas with some form of aquatic plant growth. They can prove to be a treasure trove of carp. 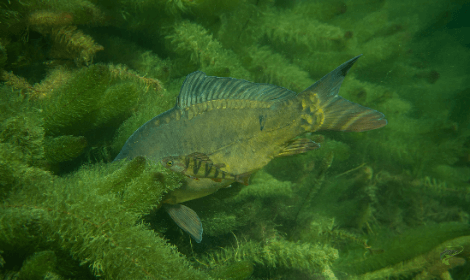 Make Sure To Use The Right Hook

If you’re a beginner who thinks all hooks look the same, you have a thing coming. Different hooks serve different purposes, and we’re going to dive right into what the various hook types do.

Pay Close Attention To The Line

Carps sometimes get near to your line and move around it causing line bites. You need to make sure that you pay close attention to your line or quiver tip to avoid missing bites. While angling is something that you can only perfect with practice, you will still definitely benefit from paying close attention to the line and even the slightest movement that it may make. The greatest mistake that newbie anglers make is watching a TV show or reading a book while waiting to catch carp. If you fishing a float or quiver tip you should keep your eye on them to avoid missing fish or even letting fish swallow your bait fully which can result in deep hooking.

Give Night Fishing A Try

It is worth trying to go carp fishing at night because they can feed near the margins at night when they are not pressured by anglers on the banks. Whether it is the winters or the summers, anglers would do well to spend the night hours catching fish that may have otherwise been too spooked to get near during the daytime. This idea is a good one to try in winters when the fish are less active during the daytime but become surprisingly mobile later at night. 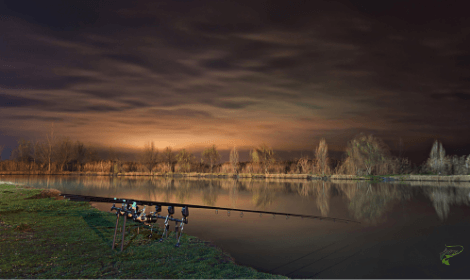