As we have mentioned before the Chromebook is, in some sense, a very private computer. It’s directly linked to your Google account so anyone gaining access to your Chromebook means they can view your photos, check your emails, read your notes among many other things. In a way, it’s not easy to share your Chromebook as it’s with Windows-based computers. So, what if someone asks to use your Chromebook for a while, say your sister or someone from your family? Well, you can create a separate account or better, take advantage of the “Guest Mode”. It lets you access most of the Chrome OS features without adding any account. Open the Quick Settings menu from the bottom-right corner and sign out of your current profile. Now, click on “Guest Mode” at the bottom and you will be in a temporary profile. 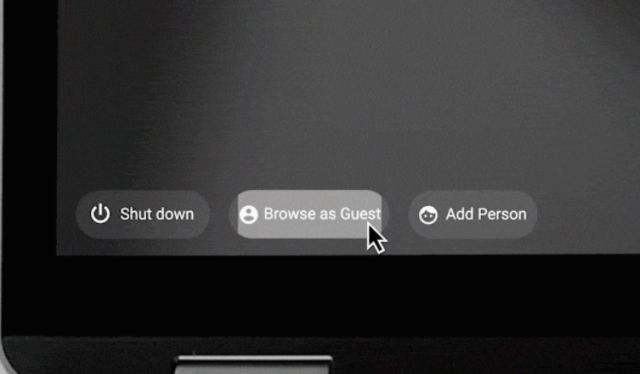 Get app-store for Linux apps

Enabling Linux brings new features and software to Chromebook, but installing Linux apps is a bit hefty process and you need to use the terminal to install any Linux apps. But we can get Gnome Software Center which can act like an app store for Linux. To install, open the terminal and run the command

If you aren’t seeing any apps on the store, try these 2 commands and then reboot

As we can now run Linux on Chromebook, we can use the Linux app called wine to run Windows app on the Chromebook. Windows have a great collection of apps than Linux and we can install apps like Photoshop, Brave Browser, etc which are not even available for Linux. As these Windows apps are working on Linux and Linux is working on Chrome OS in a virtual box kind of setup, these apps have few lags and work great only on powerful Chromebooks like Pixelbooks. To install, open the terminal and run the command

Wine will only work on the intel based Chromebooks but not on ARM-based Chromebooks. Wine is also available as an Android app, which can be installed on any Chromebook and work perfectly, but it can only install Windows RT apps.

Access your data related to credit card and shipping in seconds for uninterrupted online shopping! In this scenario, Chrome works by identifying the form for purchase and the data saved by you from the drop-down list automatically. You will just need to input your CVV number to continue shopping. To activate this feature, go to Settings and then choose autofill followed by adding your payment and shipping details. 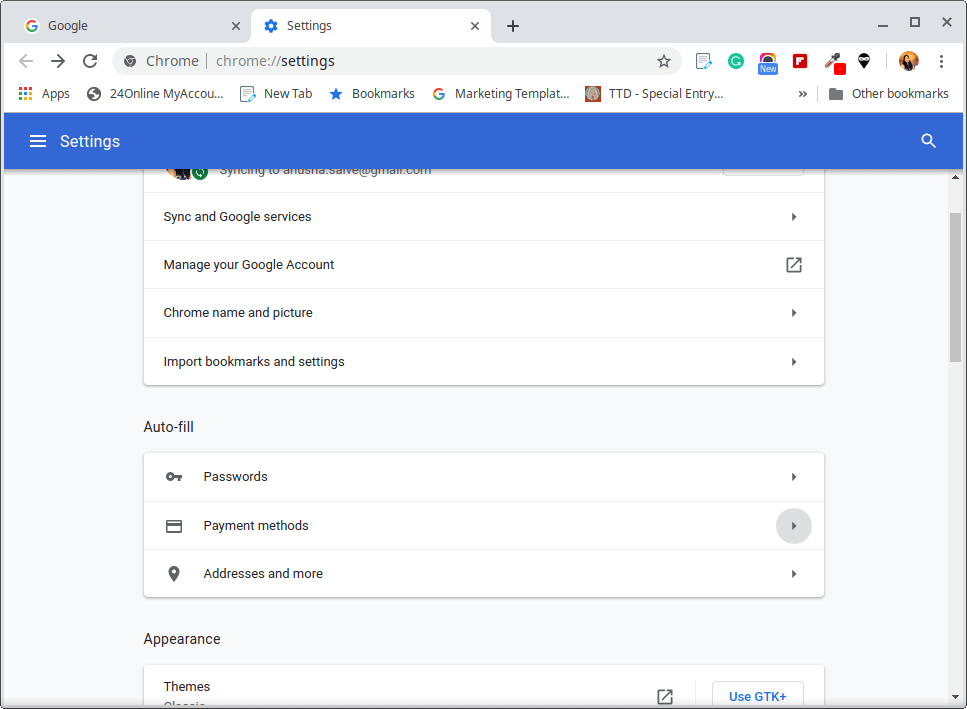 If you are having any problem with your Chrome OS, you can easily factory-reset (called Powerwash on Chrome OS) your machine, similar to Android devices. The great part about Chrome OS is that all your files are synced to Google Drive so you don’t have to worry about data loss. Just open the Settings and click on “Advanced” from the left-pane menu and then move to “Reset Settings”. Here, click on the “Reset” button and the computer will restart to complete the process. After that, sign in with your Google account and everything will fall into its place just like before.

Apple recently launched the iCloud Passwords extension for Chrome. This lets you fill password stored in iCloud Keychain while using Chrome. You can download the official extension from here and take it for a spin.

Change the background of your new tab page

Google Chrome provides a lot of options to customize your new tab page. There are a few categories of pictures to select from. You can upload an image from your computer as well. To change the background, click the Customize link on the new tab page and choose Background. Read our article to learn more about this feature.

Middle-click a tab to close it

To quickly close an open tab, use your mouse’s middle-click. You can also use the keyboard shortcut CTRL + W (CMD + W on a Mac)

You can add a clickable link to your desktop with Chrome using its in-built feature. Go to three dots located at the top right corner of the screen and select more tools followed by selecting Create Shortcut. After this, type the name and select Create from the pop-up window. 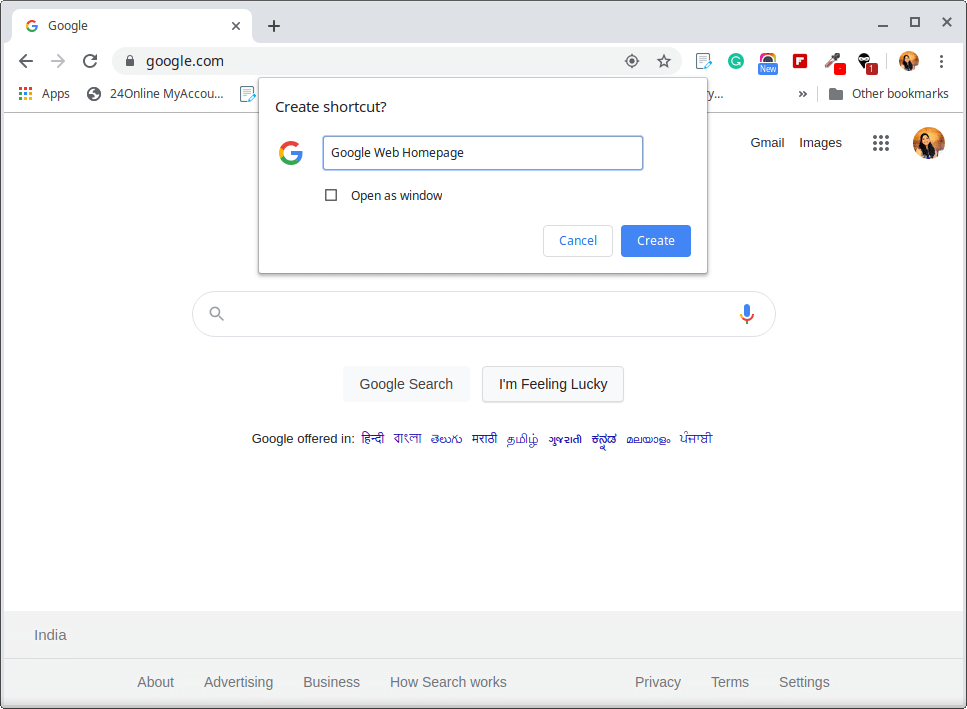 Drag a tab away to make it a separate window