Never “Salvage” Any New Loot, and Always Review It in the Forge Immediately

At the end of every expedition, the player is awarded experience based on their performance, but they also get an assorted amount of loot. The only options when a bunch of guns appears is to hold one button to “Salvage” and another to “Exit.” Salvage actually dismantles the weapons into spare parts and exit puts them directly into your inventory. That seems a bit counterintuitive, and it’s probably a UI oversight that’s bound to change before long. Players should always keep everything that drops, only dismantling it once they’ve reviewed it in the Forge and confirmed that it’s under-leveled. Once players finish the expedition results sequence, they’re given the option of where to go. Always go to the Forge! This is where Javelins can be modified. So it’s always best to review all of the new loot and to re-equip any Javelins you might have before you get distracted by some new mission.

Power progression in Anthem is incredibly confusing because the game doesn’t do much to explain it, but the power of an individual Javelin is decided by the sum of all the various parts equipped. (For Destiny fans, this is basically your Light Level, except rather than an average, it’s the sum.) That’s two weapons, two active abilities, one passive ability, and up to six component slots, with the various slots being gradually unlocked as the player levels up. After every Expedition, players are awarded with gear at or slightly above their current power level. As players level up, the power level and overall rarity of their gear drops also increases. (These use the common rarity colors of grey for common, green for uncommon, blue for rare, purple for legendary, and gold for masterwork.) Uncommon and higher items also come with passive perks that stack on top of the gear’s base effect, adding a bit of armor, reducing cooldowns, etc. But because of how quickly better gear drops, players shouldn’t focus on optimizing abilities or building synergy in their character until after they’ve reached the soft level cap around 396. It’s quite literally wasted energy. Like any game of this kind, the entire game changes once the mad rush to the level cap is over.

Crafting Is Pointless Until Later in the Game

Speaking of the rush to hit the level cap, once players unlock crafting as an option, it might seem like a viable way to increase the player’s power levels. But the standard common blueprints players have access to are about equal to their current gear. Players have to complete specific challenges and increase faction loyalties with the Arcanists, Freelancers, and Sentinels in order to unlock more advanced blueprints. These, in turn, grant the privilege of crafting better equipment, assuming players have the required materials. In our experience, crafting does lead to better gear, but it’s easier and quicker to just ignore crafting and hoard materials for the duration of the game. Focus on faction missions, then story missions, and once you get to the endgame, you’ll have enough blueprints and materials to craft better weapons. The random loot drops are more than enough to get you there.

Everyone Unlocks All 4 Javelins … Eventually

Everyone begins the game as a Ranger in the opening tutorial mission. After that, they reach level 2 and have to select one of the four Javelins to start as. This next part isn’t clear in most guides you see out there, but it does mean players don’t get to keep Ranger. This anxiety-inducing experience feels a lot like picking Commander Shepard’s class in the Mass Effect games, originally a choice that lasted the entire game with no room for do-overs. Even if players restart Anthem, this first choice is still locked. Thankfully, everyone unlocks the remaining Javelins at a quick pace. The next three unlocks happen at level 8, 16, and 26. Reaching level 8 actually happens very quickly, and leveling up happens at a slower rate from there. Even if players feel trapped by a Javelin they don’t like that much, it won’t take too long for them to get access to something different.

Learn About Primers, Detonators, and Combos

BioWare’s previous games, namely Mass Effect and Dragon Age, utilized a system that allowed for explosive combos in the middle of combat. You might use telekinesis to make an enemy float in mid-air and then trigger an explosion by blasting them with a rocket. Anthem’s system is nearly identical, but it leans more towards elemental combos. In-game, primers are marked by a symbol that’s a circle with a ring around it and detonators look like four-pointed stars. (The above chart is also incredibly helpful navigating the differences.) Each Javelin can only equip one piece of gear/launcher/seal/system from each of the two types. And a number of abilities are neither a primer nor a detonator. So what’s the best course of action? In the ideal world, every individual player would equip their own primer and detonator of different damage types — but they’d also communicate verbally with teammates when they’re launching primers and detonators. This is how top-tier players in the endgame will approach combat. A Colossus with Flamethrower and Lightning Coil would be a good example of a primer and detonator of different damage types. But an Interceptor with Cryo Glaive and Corrosive Spray (two primers) is also viable, because Interceptor’s should be using melee attacks a lot anyway, and they count as a detonator.

Use ⌘Cmd+Shift+A (PC: Alt+A) to mute/unmute your audio.

When I’m on the go, I don’t always know when a meeting is about to start. On my phone, calendar reminders often go ignored (there are so many of them that it’s just too noisy to keep up). So I set up Zoom reminders to ensure that I never miss an important scheduled meeting. 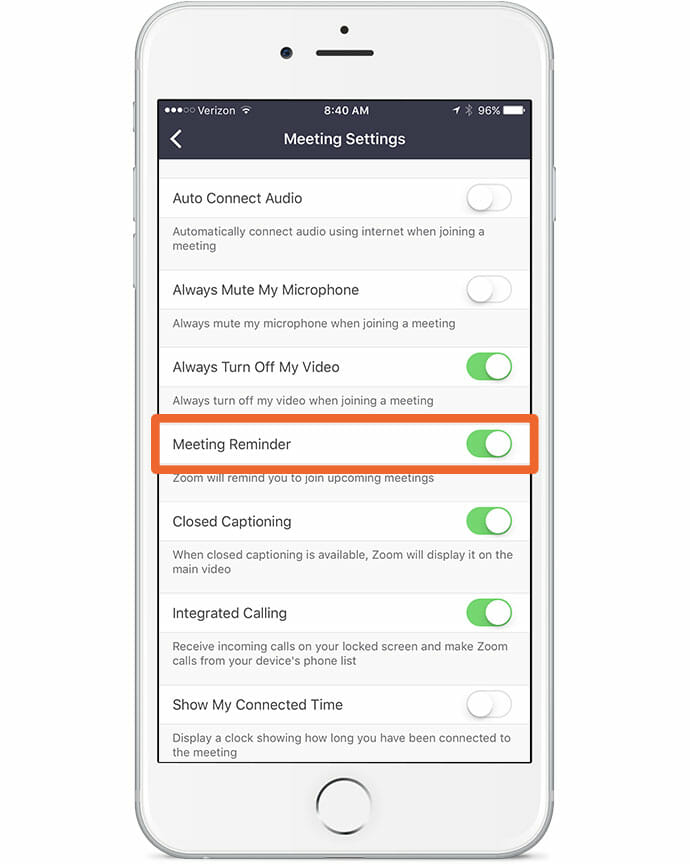 Our daily huddles now involve 20 people. Ambient or background noise can often get in the way of clear communication. We found this trick where the meeting host can hit ⌘Cmd+Ctrl+M (PC: Alt+M) to mute everyone on the call at once. This shortcut has single-handedly shaved minutes off of our daily meetings.

Zoom recently turned on a bunch of privacy-related settings by default. One of those is the waiting room, which requires you to admit each attendee individually. Our calls are mostly internal anyway (and it can take a while to admit 10+ people individually), so we turned this setting off under Settings > In Meeting (Advanced) > Waiting room. (Note: It takes a while to scroll through all the options on this page, so we suggest you CTRL+F “waiting room” to find it quickly.)